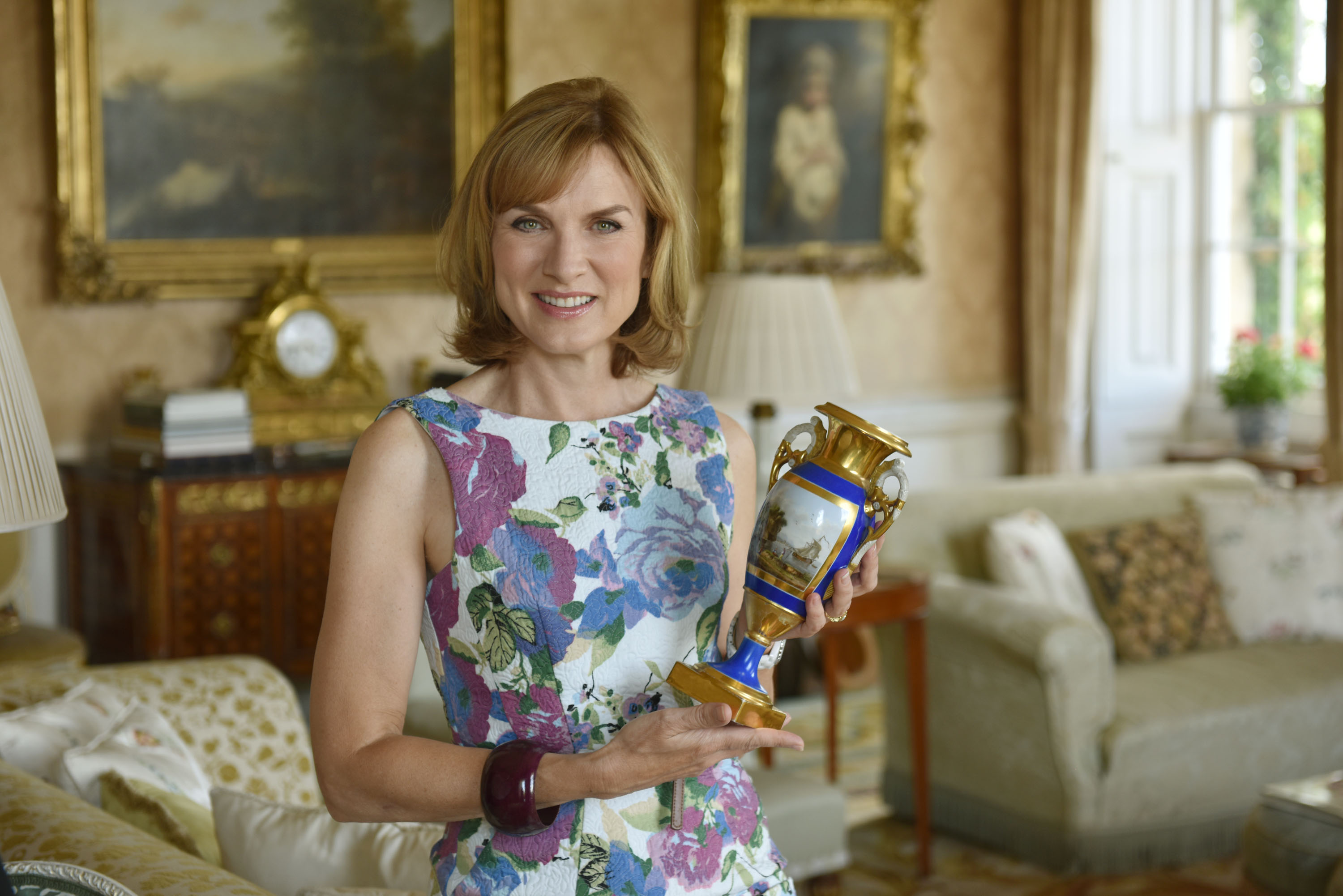 Next year, BBC One’s much-loved Antiques Roadshow will celebrate 40 years of touring the country, valuing family treasures, car-boot sale and charity shop finds. On Wednesday, 28th December it announced the spectacular list of venues it will visit throughout the coming year.

Presenter Fiona Bruce announced the venues in a special Antiques Roadshow (BBC One, 6.30 pm) looking back at the highlights of 2016, and updating stories from the year. Among the venues Fiona and the Antiques Roadshow team of experts will visit in 2017 visit are Queen Victoria’s favourite summer home, Osborne on the Isle of Wight, as well a special show outside The Queen Vic pub on EastEnders’ Albert Square at which invited guests will bring precious objects from the world of film, music, theatre and TV.

Antiques Roadshow was first recorded as a pilot show at Hereford Town Hall on 17 May 1977, presented by Bruce Parker with antiques expert Arthur Negus. To mark the historic year, the team will begin recording its Ruby anniversary series, 40 years from the date of its first recording, on May 17 2017, at Minehead Railway Station, home of the West Somerset Railway, the longest heritage railway in England.

Among the other iconic venues Antiques Roadshow will visit in 2017 are: Northern Ireland’s Parliament Buildings & Stormont Estate; Floors Castle in Scotland; Cardiff Castle in Wales; the former royal palace, Osborne on the Isle of Wight and the glorious gardens at Nymans in West Sussex.

There will also be a special programme recorded at BBC Studios in Elstree featuring stories and objects from the entertainment world, filmed on the set of EastEnders. There, experts will hear stories from specially-invited guests bringing objects that reveal stories of meetings with famous names from movies, pop stars and TV legends, all set against the iconic backdrop of Walford.

Fiona Bruce, presenter of Antiques Roadshow since 2008, said: “As well as the 40th series of Antiques Roadshow, it will be my own 10th series on the programme next year.  Where does the time go?  Meeting fantastic people, hearing their stories, going to fabulous locations and, best of all unearthing hidden treasures clearly makes the time fly. I hope as many people as possible come along to see us in 2017 at one of our fascinating venues, it’s a great, free day out, you can see behind the scenes of one of your favourite shows, and who knows?  We’d love to make your 2017 extra memorable with surprising news about your treasures.”

Simon Shaw, Executive Producer of Antiques Roadshow, said:  “We are looking forward to welcoming thousands of visitors to each Antiques Roadshow in 2017, it’s a real chance to be part of the programme’s history and to have an informative, enjoyable free day out, seeing how the programme is made and meeting everyone who features on it.  Even after almost 40 series, the winning formula of helping visitors unlock the story of their item’s past and hopefully astonishing them with its value, is still as popular as ever.”

Aside from the special one-off recording on Albert Square, everyone is welcome to bring their treasures to Antiques Roadshow filming. Entry is free and no pre-registration, tickets or appointments are required, visitors just turn up on the day. More information on attending Antiques Roadshow can be found at www.bbc.co.uk/antiquesroadshow .  To register large or heavy items or to contact the programme go to Share Your Story.

The full list of 2017 venues and dates is as follows:

Thursday 8 June – Nymans, Sussex: A romantic house and ruins in the care of the National Trust and set in intimate gardens near Haywards Heath in Sussex.

Thursday 6 July – Floors Castle, Kelso:  Family home of the Duke of Roxburghe, with superb views over the River Tweed and the Cheviot Hills

Wednesday 6 September – Cardiff Castle: Encompassing 2000 years of history in the heart of the Welsh capital.

Thursday 26 October – Newcastle-upon-Tyne Civic Centre:  We will be filming inside the grand entrance of the administrative and ceremonial heart of Newcastle-upon-Tyne, with its Bavarian crystal chandelier and imposing marble staircase.

Antiques Roadshow’s well-loved team of experts – made up of many of the country’s leading experts in fine arts and antiques – are looking forward to meeting visitors at 2017’s iconic venues.  At each Antiques Roadshow more than 30 experts will be on hand to offer free advice and valuations to visitors, who are invited to raid their attics and bring along their family heirlooms, household treasures and car-boot sale and charity shop finds.